63 Little Pieces is an atmospheric block sliding puzzle game with a shooting mechanic, to destroy walls, in order to build a path to lead one or several blocks to the goal. Slide, fire, destroy blocks, collect collectibles, hit switches and manage the other blocks movements.
Will you be able to piece it back together?

The final game will consist of 60 or so levels. Each level contains 3 distinct puzzle challenges:
Collect the collectible; reach the goal in as less moves and less destruction as possible. 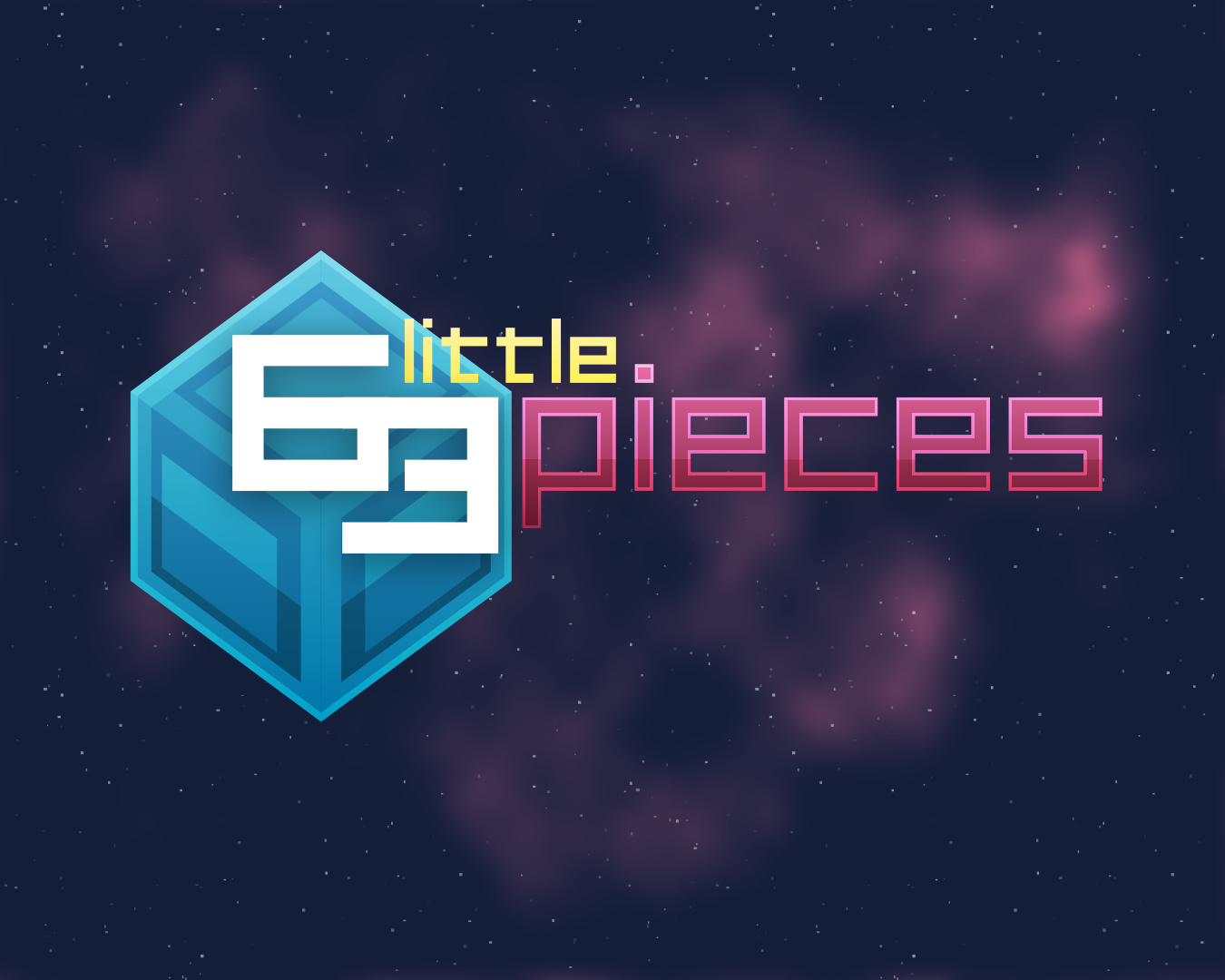 Originally created in 48 hours for Ludum Dare 41 in 2018, as a mix between Puzzle and Shoot’em Up mechanics. Things moved nicely but, gameplay wise, there was little to no puzzle action at all. It was only after the jam I put real thought into the project and have been working on it ever since.

With real thought put into the puzzles, I started tinkering around with what I had and started to making conclusions on how the game should proceed from that point. I didn’t want to have an one and done puzzle solving mechanic nor a 3 star rating system. With that said, each puzzle is now build upon 3 distinctive objectives: Collect the collectible, reach the goal with as less moves as possible and reach the goal with as less destruction as possible. Some levels can even be finished without achieving any of those objectives.

Right now my main focus is on building the levels. 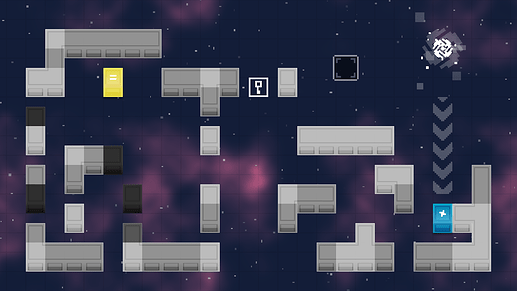 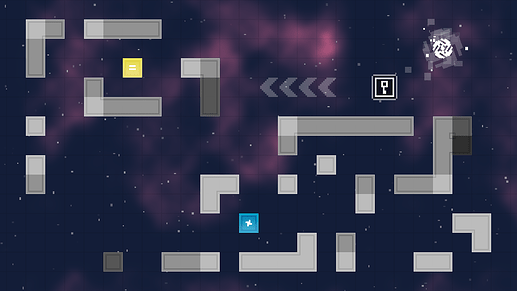 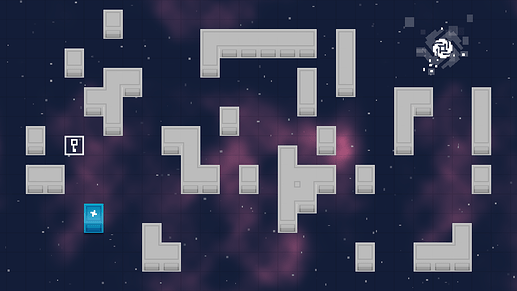 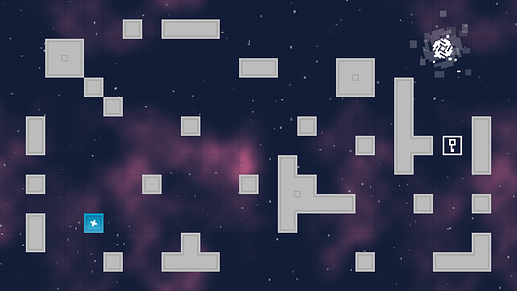 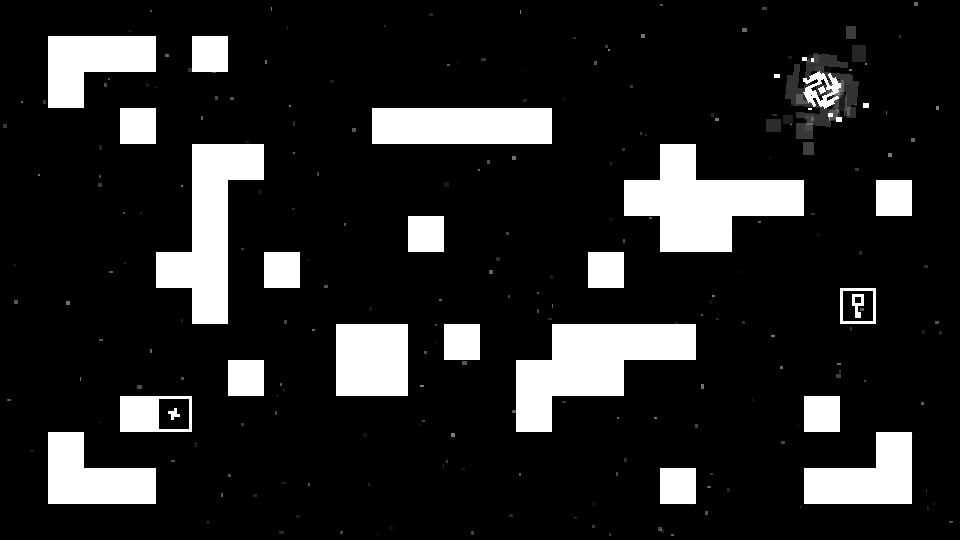 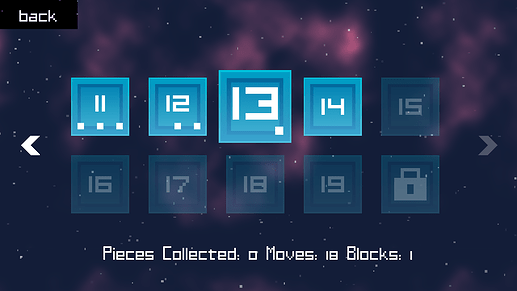 Stay inside, stay safe, and have fun!
Happy Children’s Day!

I bought it, now I’ll wait until the OUYA early access version is being made available

Thank you very much!

Will be making it available as soon as possible.
I ran into an issue I want to solve first or understand better what’s happening.

Not sure if this will help but as soon as it starts I get
Fatal error in
Action number 1
Of async event: system event
For object obj_gamepad_support:

That’s as far it will let me see.
I’m using a 16gb black ouya with a white controller. I forget what the models are called. Don’t know if any of this will help.

The controller works fine with my OUYA and OUYA controller, no bugs whatsoever.
This seems to be caused by the XBOX controller support, but that bug keeps popping up from many users, it’s trying to address Xinput controllers … Going to try to make a few changes to this. See if I can make something more generally reliable.

I updated the game on Itch.io.
I tried to address the controller issue in this new version.
If you run it, let me know how it goes.
Thanks

The biggest update is levels... This new build adds 9 more levels with 3 challenges each, making for a total of 27 new puzzles.

These new levels focus on opposite forces, with red blocks doing whatever is the contrary to your movement. There are also portals, which teleport you from one point to another, some times reaching a portal can be a challenge in itself.

Sound Effects lost their references and where replaced by Windows dings during this screen capture :)

Another note worthy update is the addition of an Options Menu which allows control over Music and Sfx Volume, Screen Shake toggle, Language supporting: English and Portuguese (PT), and Erasing Data. The additions of these controls required quite a few changes in the code and its structure mostly because this section supports many features so it was better re-structure to easily handle any translations and music / sound volumes by, instead of all over the place, having everything in 1 or 2 objects.

Stay safe and have fun!