I’ve created a personal thread for my OUYA experience. My intent is to post in this thread my history with the console, plans, general tinkering, and trouble shooting.

SO the year was 2013 when I came across the KickStarter for this Android-powered cube. It clicked with me that having an open-source console would unlock new gaming and app possibilities. I skipped on investing through KickStarter but purchased a unit shortly after launch.
I got the most use out of it doing what it does best, couch co-op games. At the time; my three roommates and I had an absolute blast playing Tower Fall, Duck Game, and emulating Super Smash Bros… I tried my best to squeeze out more processing power by rooting it to emulate PSP games but was limited by the hardware.
I enjoyed the aesthetics of the console alot too- the small cube shape, ergonomic controller, and the touchpad on the controller. The ability to use other controllers was wonderful too as we always had an extra one plugged in via USB.
This was the first console I really tinkered with and it sure gave me more experience in the realm of electronics. Since this time I’ve modded a dozen Wii’s/ PSP’s/ DSi’s with these skills that started here. I’m thankful for the openness of this platform for this reason.
As time has shown us, the OUYA was bought out and dropped like a sack of rocks by the competition. I was moving homes and felt this little console would gather dust in my closet so I decided to sell it after a few good years of use.

That was 5 years ago… Recently I was feeding my retro-tech hobby and figured to look around local sellers for an OUYA. I found one in a great condition for a fair price and scooped it with glee. 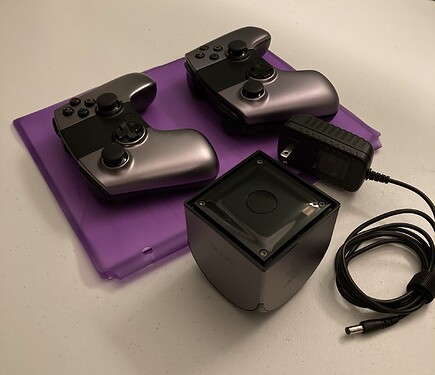 Tested and working. I will get it connected to the community servers soon (thank you to those who made that possible!).

Happy to be a part of the revolution, again!

That’s funny. Although to Razer’s credit, they did have high hopes for their foray into the OUYA world. It just wasn’t written in the stars to work out. Because The OUYA Saviors Project was!

Woot! OUYA Saviors time and efforts are much appreciated.

I did a little arts & crafts with the console. I usually set the body of the OUYA on its side for ease of access to the ports on the back and increased ventilation. The UPC code is very noticeable when it’s in this orientation so I decided to black it out. Although it would have been easier to remove the sticker, black vinyl was used to cover it over. 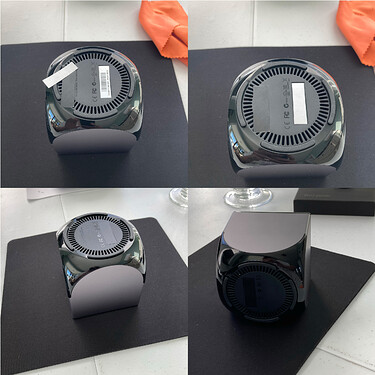 Not bad. You might consider getting a case 3D printed that breathes better eventually.