For anyone interested this is a link to an archive of the CREATE Kill Screen OUYA Game Jam circa 2013.

As you’ll see some of the entries actually were released on the OUYA but many didn’t make the cut. I attempted to contact most of the Developers involved that didn’t have an official release on the OUYA to see if there was a working prototype or demo of their entry and I’ve had some luck. But for the ones that don’t exist there are videos out there of some gameplay.

If anyone finds out information on these unique titles, post anything you find out in this thread.

Here is a video of game play for Cape Chronicles by Helium Interactive Studios, a game that never saw a release, as it was reported to run on the OUYA at a mere 1 frame per 26 seconds.

This game was produced by the same team that brought us Dub Wars, MURA.

This is a demo game that was made for the CREATE Kill Screen OUYA Game Jam back in the day, it’s called Land-n-Mine by Piggybank Software ; until I emailed them, they hadn’t looked at this game in 6 years. But after checking it out again, they’re interested in possibly finishing it, so we can keep an eye out for that. In the meantime, they graciously gave us the original demo apk. Check it out. https://www.4shared.com/s/f7dzM6Wgiea

Also, I found a download for a cool little demo called Magnetism Battle by Calabi Yau Games. It was an entry in the CREATE Kill Screen OUYA Game Jam but regretfully wasn’t a finalist.
https://www.dropbox.com/s/114nls6yi43mnsd/magnetism_battle_final.apk

A pretty cool prototype/demo, by Tomas Frooxius Mariancik called Gaps Between Art, that was his Create Kill Screen OUYA Game Jam. I’ve sideloaded and tested it and it works. Great for the OUYA Archives. https://ln2.sync.com/dl/c176f5e90/4z7qnq4r-kr3539t5-saevmwjd-6f4fixsk/view/default/8985777770004

This is one of my favorite finds from the CREATE Kill Screen OUYA Game Jam. From Space by United Moon Defense Coalition

An old article on this particular game jam can be found after the jump here. 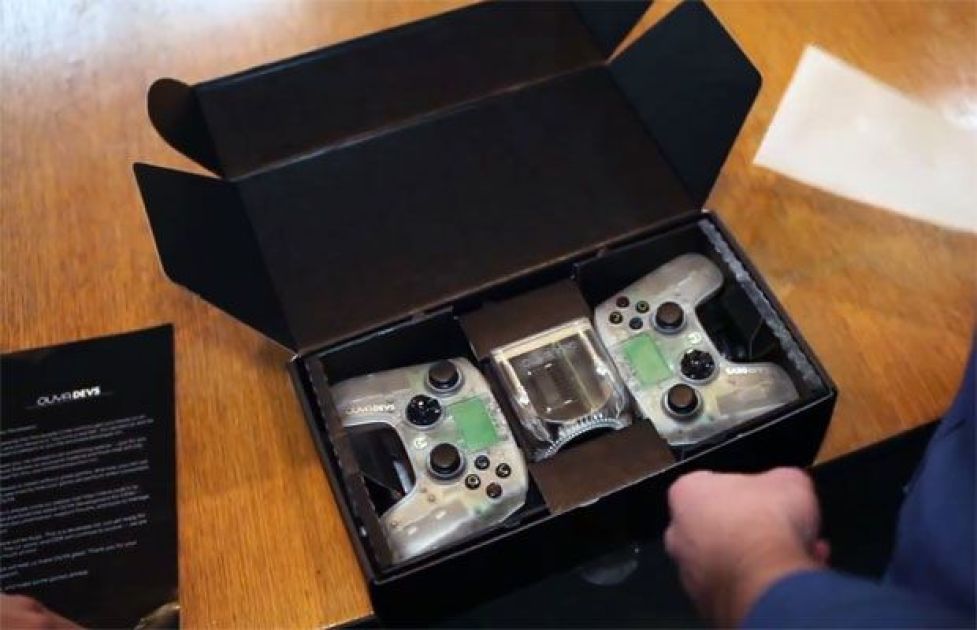 Excited for OUYA? So are the folks at Kill Screen -- so much so, they've seen fit to host a 10-day competition to coax OUYA compatible game prototypes out of the development community. It's calling the event CREATE, and in addition to drumming up...