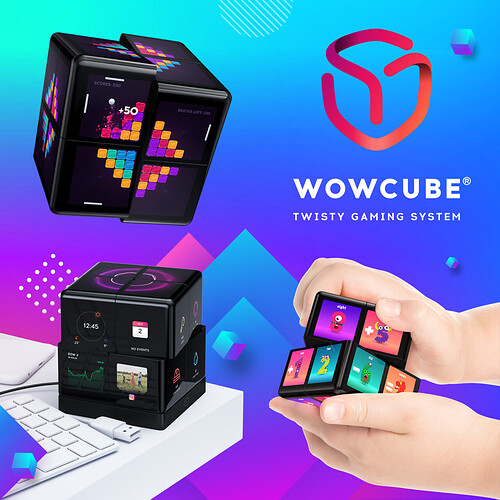 The first-in-class innovative gaming platform where virtual gameplay is controlled by physically tilting, twisting, and shaking the device

If you plan on developing for it, https://wowcube.com/sdk

Thanks to @alex.shorts for sharing.

The first-in-class innovative gaming platform where virtual gameplay is controlled by physically tilting, twisting, and shaking the device

So they were initially using Pawn language but I’ve been informed that they are also now using any language for a web server, called web-projector? And also wasm, only C++17 support?

For wasm, I started posting the first code that I managed to run at github.com/wowcube/wasm - everyone who wants to take part in the development with me - let me know. There is also a very simple "Projector" mode in which you write code on anything and just give out ready-made pictures for the screens of the cube. - Alex

That sounds wonderfully dumb. I think it will be like Ouya hated by a lot but passionately loved by others

Yeah they’re just trying to find their place and their way.